“It depends on you”, read the leaflet sent to households in the summer of 1940. It was a call to arms that launched Britain’s first systematic recycling programme, set amid the torturous build-up to the Battle of Britain, when everyone was expected to play their part.

Shortages of raw materials meant that recycling – then called “salvage” – became a vital part of life on the home front. As the leaflet sent to 12 million British homes explained: “Your household waste is part of the country’s war material.”

That leaflet was part of one of the most ambitious government publicity campaigns ever carried out. Its message was amplified through radio broadcasts, propaganda films, newsreel interviews, newspaper advertisements, posters and a house-to-house canvass by volunteers.

The campaign was the public face of a carefully planned partnership between local and national government. After six months of trial and error, emergency legislation was passed on June 26 1940 that required most councils to ensure effective recycling collections in their area. 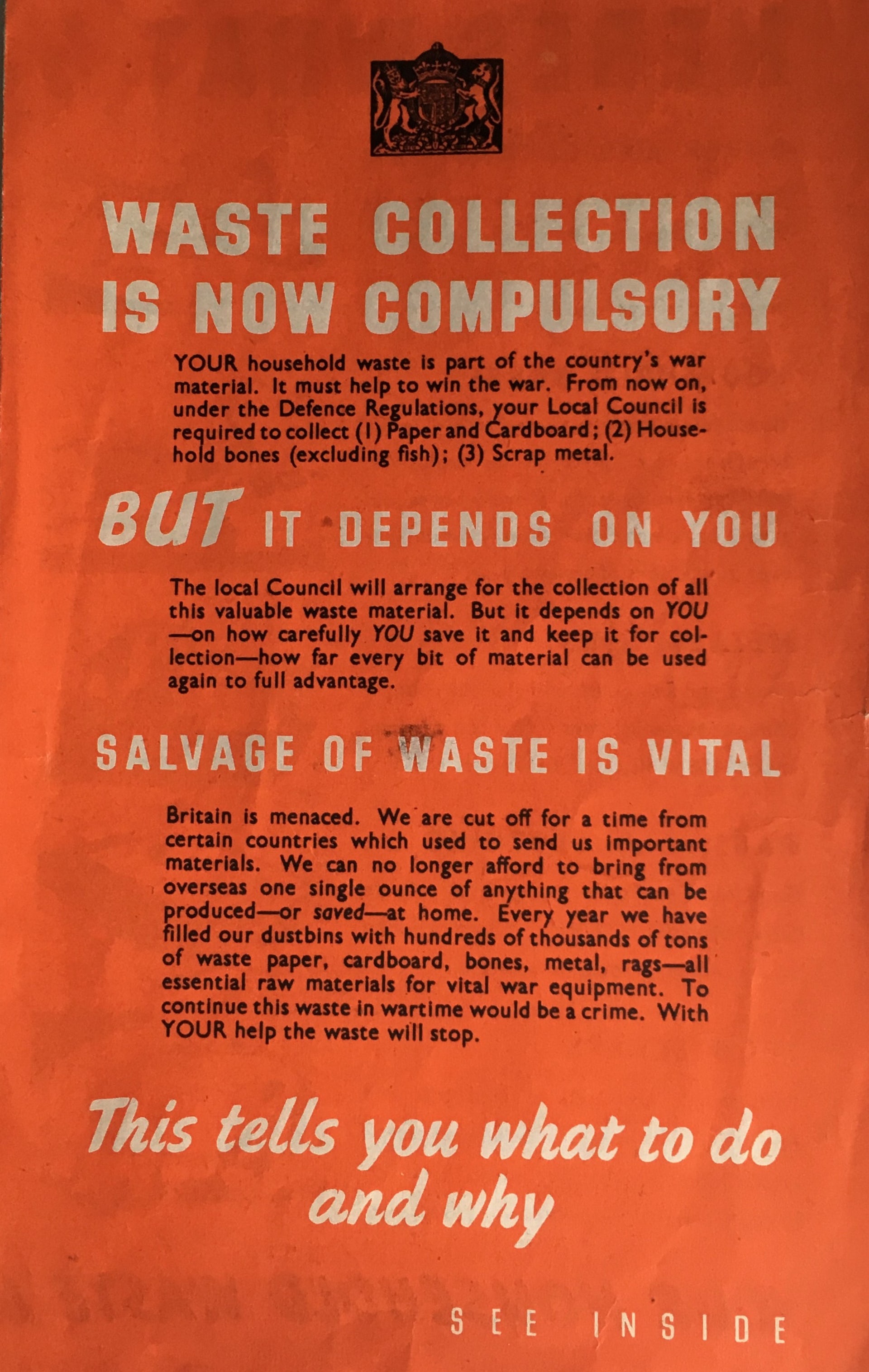 But despite the “make do and mend” spirit it helped immortalise in popular imagination, the campaign had to be abandoned, as it was undermined by a separate appeal that overwhelmed the country’s fledgling recycling system and damaged public confidence in collective efforts to manage waste sustainably.

On the 80th anniversary of this campaign, Britain is mired in another national crisis. Rubbish has piled up while recycling rates have failed to keep up. A deluge of “COVID waste” threatens to overwhelm the recycling industry, just as it was overwhelmed in the first summer of WWII. While politicians evoke the spirit of 1940 to boost morale during the pandemic, the legacy of that time is worth a closer inspection.

At the height of the UK lockdown, recycling stalled as lower amounts of commercial waste arrived from closed restaurants and offices, and the government urged local authorities to prioritise non-recyclable “black bag” collection from households, over dry recycling of paper, plastic, glass and metal.

Understandable (albeit often unproven) concerns about hygiene in shops have led a resurgence in demand for plastic packaging. Little has been done to explain the actual risks, and legislation to ban single-use plastics has meanwhile been delayed.

Both factors threaten to reverse a popular appetite for reducing waste that had previously pushed manufacturers to adopt sustainable alternatives. To make matters worse, the oil price crash has made plastic production cheaper than ever, blowing a hole in the economic benefits of recycling.

These shocks come after almost a decade of stagnant recycling rates. In England, the proportion of material collected for recycling has remained effectively unchanged, at around 45%, since 2012. The sector has blamed the lack of progress on years of underfunding and poor leadership from national government.

Because recycling is fundamental to the idea of a “circular economy”, challenges like these are a threat to the growing hope that COVID-19 might be followed by a green recovery. 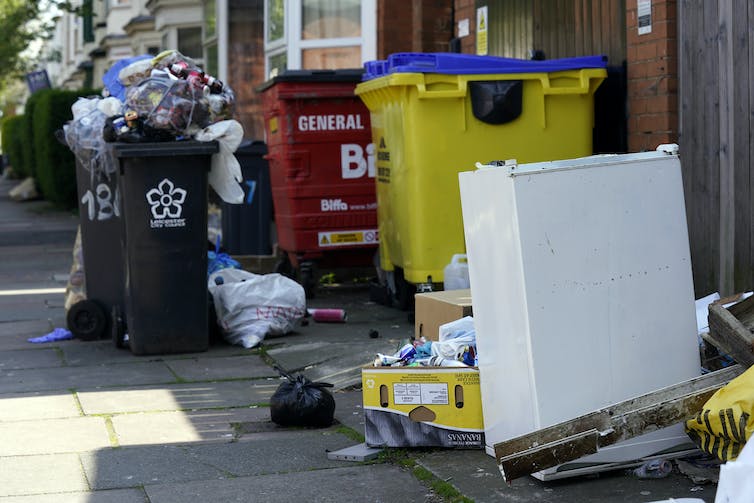 Lessons from the past

While some of the many comparisons drawn between COVID-19 and the second world war have been unhelpful, my research shows that we can learn from both the successes and failures of the 1940 recycling campaign.

On the plus side, the increased publicity and close working between national and local government led to big increases in the volume of material collected. Take the example of paper. This was used to make everything from civilian food packaging to military shell casings, and was one of the main targets of the campaign. Statistics collected by local authorities show that the amount of paper recycled in Britain increased by 50% between June and July 1940.

But the careful planning that went into the instruction to councils was wrecked by an un-coordinated appeal for aluminium from another part of government, the Ministry of Aircraft Production.

The “pots to planes” appeal caught the wartime public’s imagination. Around 1,000 tons of aluminium – the equivalent of 300,000 saucepans or 60 fighter planes – was donated by people eager to do their bit. But their enthusiasm died when it became clear that there had been little thought about how to shift this material from dumps to factories. As metal piled up, people began to question the wider message that waste was valuable.

The initial success of pots to planes overwhelmed a system that was short of labour, vehicles and processing machinery. The system implemented on June 26 broke down, and intelligence reports spoke of spats between householders and refuse collectors. Ironically, it was the local councils that got the blame for undermining the war effort.

There are obvious differences between the situation today and the effort to conserve waste during the second world war, but there are striking parallels too. Research shows that social and cultural factors continue to play a significant role in recycling uptake. Put bluntly, it’s difficult to encourage people to act in a certain way if they don’t believe it will be important.

Short-term adaptations were forced by the outbreak of COVID-19, but our next steps require a planned response. To avoid the temporary shocks to recycling caused by the pandemic turning into longer term consequences, more needs to be done to prevent mixed messages and impress the continued importance of recycling and reducing waste. A botched response threatens to repeat the mistakes of the past.

The article originally appeared in The Conversation on June 26, 2020.