Health crisis: up to a billion tonnes of waste potentially burned in the open every year

As much as one billion tonnes of waste could be burned in open and uncontrolled fires around the world each year, according to one estimate – close to half of all the municipal solid waste generated on Earth. But even if the true total is a fraction of that amount, the impact on human health and the environment is likely to be profound, particularly for the hundreds of millions of people living in countries throughout the global south where burning rubbish outdoors is the main method of waste treatment.

Uncontrolled waste fires burn at much lower and inconsistent temperatures, which means combustion is incomplete. This releases substances from the waste and creates new ones as molecules are decomposed and reformed in the flames. Dioxins and related compounds are often formed when PVC is burned in open fires. At least 30 of these types of compound are considered harmful to human health. They can persist in the environment for years and in the human body for perhaps a decade or more. There is evidence they can damage the brain and disrupt hormones.

In high-income countries such as the UK, waste incineration most often takes place in energy-from-waste plants (sometimes abbreviated as EfW), which use expensive equipment to control the burn while generating heat and electricity. It takes a lot of money and sophisticated engineering to burn solid waste safely. 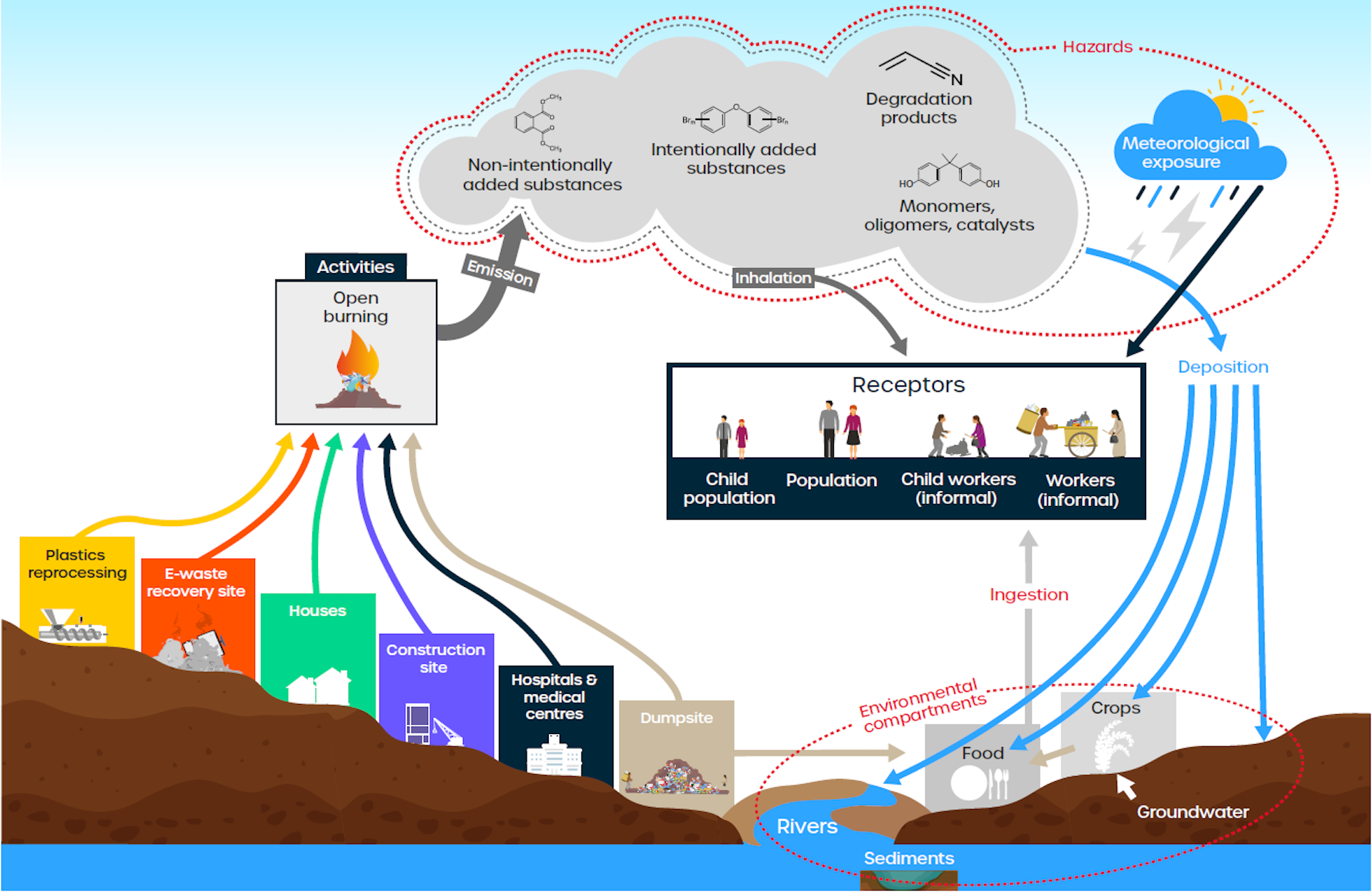 People burn waste when their options are limited. Across low- and middle-income countries, two billion people don’t have their solid waste collected at all, which means they have to take responsibility for disposing of items that have reached the end of their engineered life. If there is little space to dump on land, or no river nearby, the choice to burn becomes more appealing.

Our research has found that open burning is not only a necessity but a means to an end. In some countries of the global south, it’s common practice for informal recyclers to set fire to electrical cables and burn away the PVC insulation so the copper can be sold – a much quicker and easier method than stripping it off manually. The same goes for other electronic components, such as the printed circuit boards found in computers and other home appliances. These contain a wealth of valuable metals that are bound with plastics. 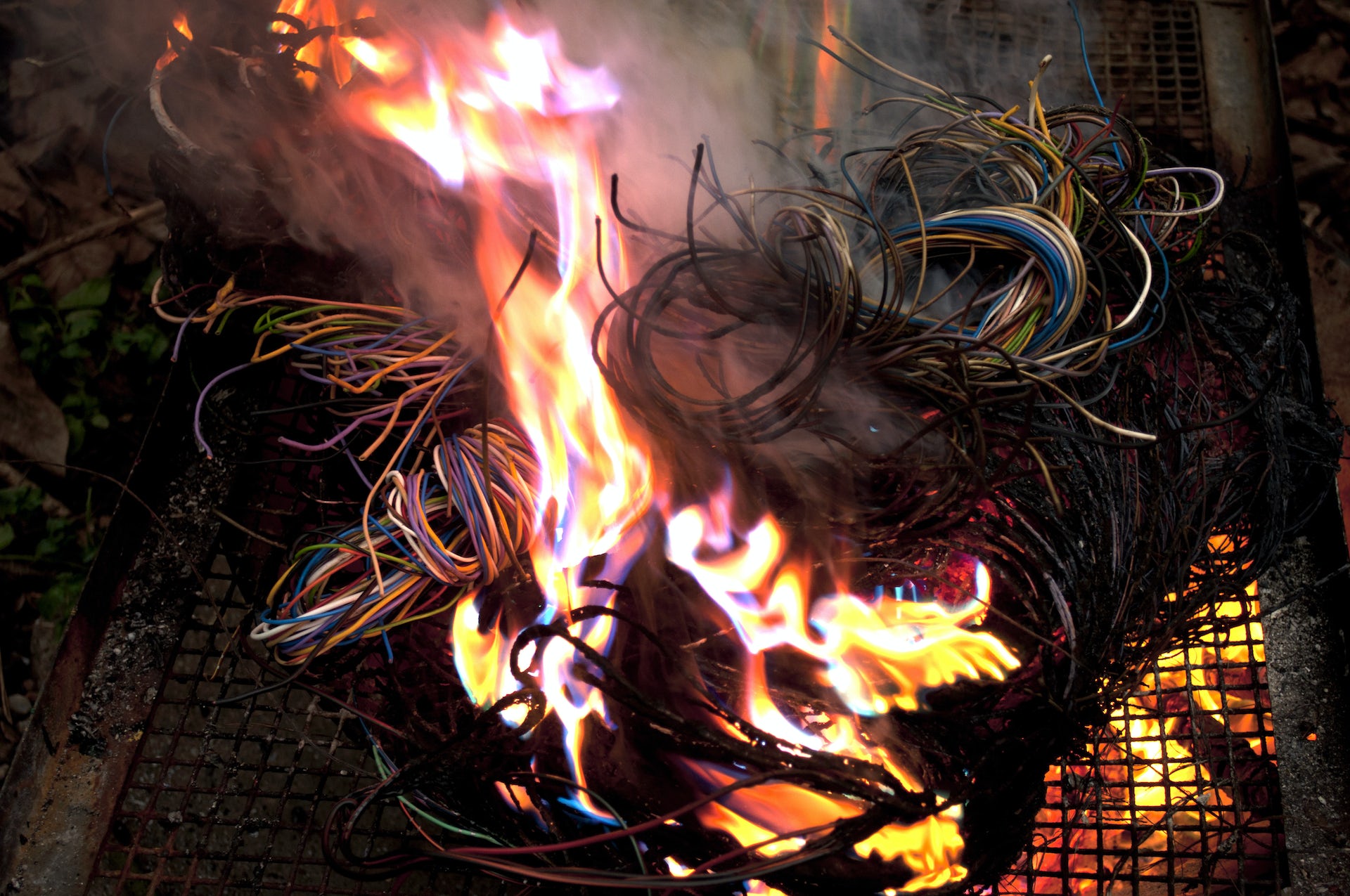 In households, burning food and other biological waste reduces its smell and discourages foraging animals that might transmit disease. In hospitals and medical centres, materials that could carry pathogens can be neutralised by burning them, and even the World Health Organization encourages this when there is no other option. Despite these benefits, open burning of waste threatens the health and lives of those who have few choices but to inhale the emissions.

Part of the challenge is that local authorities are incentivised not to pay attention to open burning. Waste burned at the roadside doesn’t have to be collected and fires in dumpsites free up valuable space to deposit more rubbish. Superficially, combustion makes waste disappear. But in reality, it’s converted into hazardous substances that are much more easily dispersed and inhaled.

Waste burning has devastating consequences for those who are most exposed to it. Overwhelmingly, it’s the urban poor and waste pickers who make up the world’s informal recycling sector. Treating this problem at the level of entire systems of waste production and management is the only way to effectively address it. This means providing waste management services for all communities, urban and rural. But it also means designing and manufacturing products that cause less harm when burned, particularly in areas where there is a high risk of that happening.

Much of the waste burned in open fires is plastic, which releases CO₂ and other greenhouse gasses. To make things even more challenging, those plastics that aren’t burned might pollute the land and water instead. Here lies an unsettling trade-off. Can the global community overcome decades of neglect to find a solution to one of the biggest environmental issues of our time?

This article appeared originally in The Conversation on January 7, 2021.